We are also offering a GRAND DISCOUNT on our Application Fees! Now, you can apply for any of our volunteering/internship programs for just $99/£80/€87*
*Valid on all programs starting from November 1, 2020 to December 31, 2021. To avail the discount, you can use the code: HAPPY99

To put it in the simplest way possible, Mexico is a land of extremes, with high mountains and deep canyons in the center of the country, sweeping deserts in the north, and dense rain forests in the south and east. And of course, when we think of Mexico, probably the first thing that comes in our mind is their spicy cuisine! If you've been planning to head off to explore this breathtaking country and indulge in doing something meaningful - then now is the time to pack your bags and get started!

Volunteering Solutions offers 7 incredible and affordable volunteering opportunities in Mexico which will not only encourage you to work for the underprivileged ones, but it'll also help you to gain first-hand work experience, live the Mexican way of life and widen your social network. The 2 Weeks Special Voluntour and the One Week's Special Volunteering Programs are also available for those who have a time crunch! No matter whether you are looking for a perfect gap year trip or winter break volunteer program - we have it all for you in Mexico!

Got a Question? Write to us

Team Volunteering Solutions would get back to you within One working day.

If you are using Gmail, do not forget to check your spam folder. Put the email in inbox or create a filter for Volunteering Solutions to stay updated.

Are you excited for Volunteering With Disadvantaged Children & Adolescents in Mexico and share some joy while making an impact in their lives?

Be a part of the disabled care volunteering program in Mexico and make a difference in the lives of those who are special.

Are you looking for a short term volunteering program in Mexico? Be a part of this 2 weeks special volunteer program and make a difference.

If you are planning to travel and volunteer in Mexico for just a week, then Vol Sol has the best 1-week special volunteering program for you!

Incredible opportunity to Volunteer at a food bank in Mexico and help several people to satiate their hunger by having a meal.

Join the urban reforestation volunteering program in Mexico and contribute to environmental sustainability. It’ll be a great way to protect Mother...

Wish to be a part of the teaching English volunteering program in Mexico and spread the light of education among the underprivileged ones?

To put it in the words of the Lonely Planet, "With steaming jungles, snowcapped volcanoes, cactus-strewn deserts and 10,000km of coast strung with sandy beaches and wildlife-rich lagoons, Mexico is an endless adventure for the senses and a place where life is lived largely in the open air." Well, for those who are joining either the 1 Week Special Program or the 2 Weeks Special Voluntour - your weekends will be sorted by us! But for those who plan to join any other volunteering program in Mexico, you'll have your weekends free to hop out and explore the nooks of corners as well as the hidden gems of the place. To say the least, Mérida, the vibrant capital of the Mexican state of Yucatán, has a rich Mayan and colonial heritage. So gear up and get going - you're gonna have a fun time out there!

What can be better than moving around the city on a funky bus! Starting from Santa Lucia Park, this guided tour costs 75 pesos per person and lasts 2 hours. It'll take you around some of the most popular places in the city and you'll surely get to soak in the Mexican vibes!

Built sometime during the 16th Century, this is one of the breathtaking cathedrals in Merida, with the massive crucifix behind the altar which is Cristo de la Unidad (Christ of Unity), a symbol of reconciliation between those of Spanish and Maya heritage.

If you're keen to learn more about the Mayans, then this is the place to go to!  A world-class museum celebrating Maya culture, the Gran Museo houses a permanent collection of more than 1100 remarkably well-preserved artifacts, including a reclining Chac-Mool sculpture from Chichén Itzá and a cool underworld figure unearthed at Ek' Balam. It will cost you 150 pesos. It’ll surely be a place worth exploring!

If you're looking for buying some souvenirs, then head to Plaza Grande on Sunday mornings for a lovely market with lots of handicrafts like hammocks and bags, but also some of the best food! You’ll get tacos, empanadas, tortas, and more for such local fair prices that you can literally try it all! It'll also be a great way to observe the locals and soak in the Merida vibes, for real.

Located at a distance of about 120 KM to the east of Mérida, this is a large Mayan city famous for a large, pyramid temple built by the Maya civilization. The temple, called Castillo, is about 1 km in diameter. There are many temples and pyramids here, and it's marked as one of the new Seven Wonder of the World. 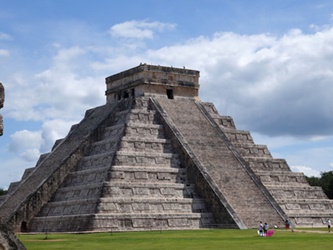 Set out to explore Celestún

A popular fishing village on Mexico’s Yucatán Peninsula, this place is home to secluded beaches backed by thatched-roof restaurants. It’s a gateway to the Celestún Biosphere Reserve, which has large flocks of flamingos, plus birds like herons and pelicans. It makes a good beach-and-bird day trip from Mérida, and it’s somewhere you can kick back and do nothing for a day or two, especially if you're seeking a quick break from your volunteer work!

If you have other places listed in your travel bucket list, you can simply get in touch with your country coordinator, who’ll help you out in planning your weekend trips! We hope that you have exciting weekends while exploring Mexico!

What is the best time to apply for the volunteering project in Mexico?

After you complete your application, your personalized ‘my account’ will be active. You will need to upload your cv/resume along with your photo in the same. Our backend team and the placement site takes around 10-12 days to review your application. After we review your cv and documents, your booking is confirmed and booking confirmation is updated in your ‘my account’. Some projects need a mandatory criminal background check and the same is mentioned in the project info of your program. Approval of your application depends on your qualification and eligibility criteria for each project.

Are there any necessary requirements to participate in the programs?

Yes, you are welcome to take part in the programs in Mexico as part of a group. We welcome families, friends, high school students, college/university and corporate groups to volunteer together.

I haven’t traveled or volunteered abroad before. Can I still be a part of VolSol programs?

Yes, most definitely you can as we believe every participant brings something new to the project. If you do not have previous experience, we offer you the opportunity to have a great start with us. We make international volunteering easy – not only are our volunteer abroad opportunities rooted in offering you extensive support, but they are also very affordable.

Does VolSol provide with a reference or a certificate after program completion?

Yes, we will provide you with the certificate after the successful completion of your program. The certificate is provided on request.

Your program coordinator or a member of the local coordinating team will take you to your placement and introduce you to everyone after giving you a basic orientation about the program, its surroundings and other facilities around the location.

you live in a comfortable, safe and welcoming hostel which is centrally located, close to the plaza grande - the bustling center of Merida, Calle 60 and many parks, where you find many restaurants, shops, and museums.  There is no better place to be in the city!  You will share a room with up to 7 more volunteers or with other travelers of the same gender. Each room has a private bathroom, individual lockers, hot water, ceiling fans and there is a/c available for an extra fee. All volunteers are provided with towels and bed sheets are changed every three days.  By staying in the hostel you'll be able to meet people from around the world and experience the local culture at the same time. The hostel has a kitchen, cozy common area, a huge patio with hammocks as well as a pool to cool down from an exciting day at the project. There is a free wifi connection, a pool table, and cable tv. Bicycles are also offered for rent. The surrounding neighborhood has plenty of cafes, grocery shops, a laundry service close by and other conveniences. You are going to love living here!

Every day, you receive breakfast and lunch (Monday- Sunday).

Breakfast typically includes coffee, bread, butter, jam, honey, yogurt, fruits of the season, milk and cereal. Lunch is the most important meal and typically includes, chicken, beef or pork, beans, tortillas, and rice. A wide number of dishes are endless! Vegetarian options are also available. For dinner, volunteers prefer to go out and explore the many affordable local restaurants for a culinary experience. There is also a kitchen available at the hostel if you prefer to cook at home.

If you already have a valid travel and medical insurance, you can email us a copy of the same. It is also advised to bring along the insurance documents during your trip.

How safe is it to travel to Mexico?

Well, the government is providing the necessary security to ensure that the tourism industry remains strong and travelers are safe. The big cities are absolutely safe and you'll find people roaming around the streets till late at night. However, we'll ask you to keep the coordinator informed about your activities and remember that your safety largely depends on your actions.

How can I connect with past volunteering solutions alumni as well as other former and current volunteers?

To read alumni interviews from past participants, visit the meet a volunteer page on our website.

Can I know more about flight details, visa, and arrival information?

The regular airlines flying to Mexico are united airlines, American airlines, delta airlines, Aeromexico, southwest airlines, etc. It'll be easier to get flights from the united states or Canada. If you don't get a direct flight to Merida, maybe you can fly to Mexico City or Cancun and then take another connecting flight.

Volunteers are picked up from the Merida international airport by the local coordinator, no matter what time they arrive. Volunteers also like to fly into Cancun for cheaper flights and take a 3-hour bus ride in a comfortable and modern ado bus from Cancun airport to Merida downtown. The local staff will provide beforehand the accommodation’s address, so the volunteers can take a taxi from the bus station, it’s very close!

You can easily enter and volunteer in Mexico using a tourist visa, which doesn’t need to be arranged in advance for most nationalities. However, we would suggest you to check once at the Mexican embassy/consulate in your country or check online (www.inm.gob.mx) for further information. Those who have any of these - Schengen visa, japan visa, us visa or Canada visa, will get a Mexican visa on arrival. If you plan to stay beyond the normal allotted days on a tourist visa (180 days) then you might need to get some more proceedings done, and it will have some extra costs too.

Note: volunteering solutions will not be responsible for any visa issues or costs involved in getting it.

Looks like you're from United Kingdom. Visit our UK/Ireland Website for a better viewing experience and to view prices in GBP. 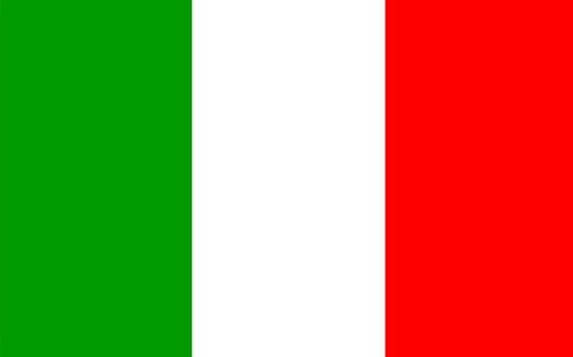 Be the First to hear about our News & Offers!