Volunteer in Greece with Volunteering Solutions and contribute effectively towards the protection of nature and wildlife. Being a part of this program, you'll get to work with a bunch of experienced conservationists, learn about the damage caused to the world due to human activities and understand how things can be brought under control. If you love to work outdoors, then this is the perfect opportunity for you to live by the beaches and contribute actively towards the protection of nature and the environment.

Volunteering Solutions, in association with a local organization, has crafted this program which is apt for college/university students as well as gap year travelers who are looking for a meaningful journey in Greece. Explore the postcard-perfect beaches, indulge in learning more about the Greek life, and meet some interesting people. This volunteering journey will surely enhance your career and make you a more responsible traveler in the days ahead.

Being a volunteer for this project, you'll be assisting the local conservationists and marine biologists in their daily work. Project is located...

Almost all of our participants are very active in their free time and use the weekends to travel. The local on site team in Greece have plenty of tips for you on worthwhile destinations and are happy to advise you on organizational issues, such as public transport.In Greece you might have the option to leave the island to explore the villages on the mainland or our team can help to organize some snorkeling. After completing the program you can keep a few days to explore the other locations in Greece. Some of the recommended options are given below. 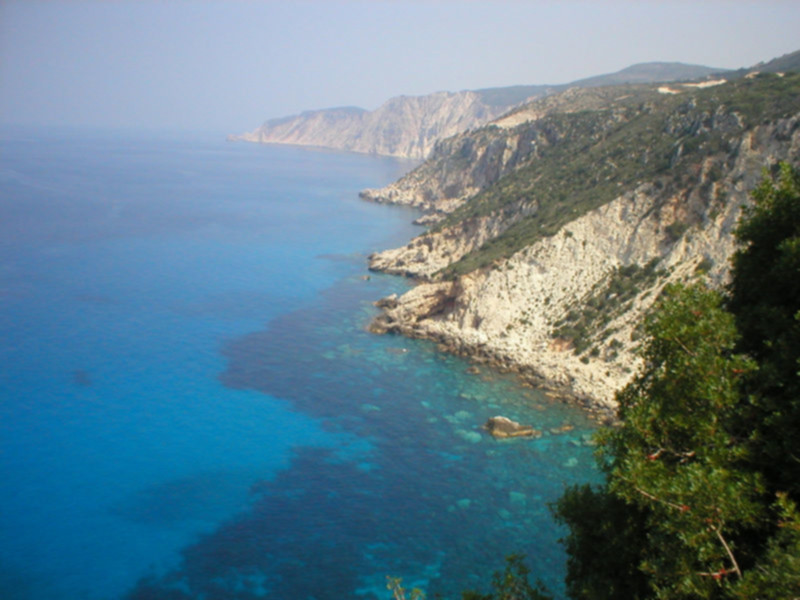 Kefalonia is an island in the Ionian Sea west of the mainland. Kefalonia is known for its green mountains, beautiful beaches and crystal clear waters. Carrying a rich history in cultural tradition, it is the biggest of all of the Ionian Islands. Famous for its cuisine, traditional villages, pristine beaches and vibrant nightlife, the island really does have something for everyone. 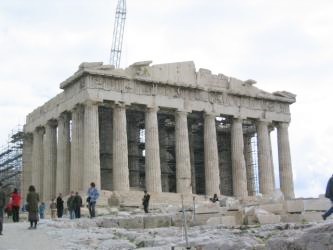 The Acropolis in Athens is the most famous city fortress in ancient Greece and is a UNESCO World Heritage Site. The complex is impressively enthroned on the highest elevation near the city. The word Acropolis comes from ancient Greek and means something like "Hochstadt" or "Oberstadt". The landmark of Athens on the limestone cliff above the city center is the most famous building in the Greek capital. 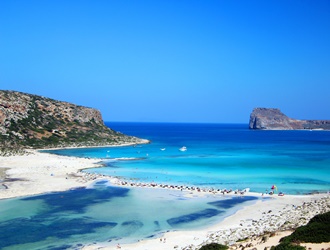 Crete is the largest Greek island and, together with Cyprus, the sunniest island in the Mediterranean. The paradise island seduces you with 300 hours of sunshine a year and invites you to a beach holiday. But it is also worthwhile to put the numerous cultural sights on the to do list. Probably the most important one at the top: The Palace of Knossos, closely followed by the Arkadi Monastery near Rethymnon and the Archaeological Museum Heraklion.

When should I apply for the volunteer programs in Greece?

It is advised to apply for the projects once the volunteering/ traveling dates are decided as there are limited spots available. The application fee is valid for one full year and can be sent earlier than the desired year of volunteering for timely confirmation of the seat. As soon as you decide the travel dates, we suggest you apply for the program and hold your spot. We work on the basis of the first come first serve policy.

Usually, it takes around 10-12 working days for the application to be processed and placement to be confirmed. After we review your CV and documents, your booking is confirmed and the booking confirmation is updated in your ‘My Account’ and you can view the information in your account. The application acceptance depends on the availability of seats in the project as well as the eligibility criteria of the program (Age, skills and experience etc). Applications at a short notice are also accepted depending on the availability in the program.

Are there any necessary requirements to participate in the Greece Volunteer Programs?

Volunteers must be 18 years or older at the time of joining the project. You need to have an open mind and a flexible attitude for working in a new and different environment. The volunteer should bring energy and enthusiasm to make a difference and should be willing to work outdoors and get their hands dirty. Participants must be fit and healthy at the time of joining the program and should have a keen interest in environment conservation. Participants should have no criminal convictions and should provide a clean criminal background check report.

Yes, you are welcome to take part in Greece Volunteer Programs as part of a group. We welcome families, friends, college/university groups and corporate groups to volunteer together in the Greece Programs.

I haven’t traveled or volunteered abroad before. Can I still be a part of VolSol Programs?

Yes, most definitely you can as we believe every participant brings something new to the project. If you do not have previous experience, we offer you the opportunity to have a great start with us. We make international volunteering easy – not only are our Volunteer Abroad opportunities rooted in offering you extensive support, but they are also very affordable.

Does VolSol provide with a reference or a certificate after program completion?

Yes, we will provide you with the Certificate after successful completion of your program. The certificate is provided on request.

What are the Program Locations in Greece?

The Environmental and Wildlife Protection program is located on the beautiful Kalamos island, located off the west coast of mainland Greece.

You can arrive in Athens before your program start date. Participants arrive at Athens International Airport and can stay overnight in Athens. We can give suggestions on places to stay and for the bus transfer as well. Take bus to Mytikas Port and from there transfer by Ferry to Kalamos Island, from where you will be picked up by a member of the local team.

The next day, the orientation program for the project begins and lasts about four hours. You will take an introductory course on wildlife surveillance and basic health and safety issues.

Does Volunteering Solutions help with Visa?

Participants (most nationalities) require a Tourist Visa to travel to Greece. Volunteering Solutions strongly recommends all participants to apply and get a Tourist Visa before departing for Greece. Consult the Greece Embassy in your country for more details. If needed, Volunteering Solutions can provide with written documents that would help volunteers in getting the Visa.

What are the recommended airlines to fly to Greece?

Athens Airport is very well connected with the rest of the world and majority of the airlines fly to Greece. Some of the recommended airlines that fly to Athens are - British Airways, Austrian Airways, RyanAir, Emirates, Etihad, Qatar Airways, Ethiopian Airways, Lufthansa, Swiss Air and United Airlines.

What immunizations/vaccinations will I need?

All participants are recommended to consult their physician or travel doctor before traveling to Greece.To view the general list of vaccinations recommended for your travel to Spain, click here.

Yes, for all participants, it is mandatory to have a valid travel medical insurance for their trip. Volunteers have the option to purchase Travel and Medical Insurance at a nominal extra cost from Volunteering Solutions.  To provide the best option to our participants, we offer comprehensive insurance coverage in collaboration with a leading insurance provider.

If you already have a valid Travel and Medical insurance, you can email us a copy of the same. It is also advised to bring along the Insurance documents during your trip.

Connect with Past Volunteers

How can I connect with past Volunteering Solutions alumni as well as other former and current volunteers?

To read alumni interviews from past participants, visit the Meet a Volunteer page on our website.

You'll be staying at the volunteer house with others. It's a newly renovated, traditional, two-story stone house with a large veranda. The first floor has an open-air space that can also be used as a meeting point. You and your volunteer friends have two communal kitchens, three bathrooms, two interior seating areas and a total of 14 beds. For the summer, the house has fans for a little cooling and in winter you can warm up by a wood stove.

Shops, restaurants, cafes, bars and beaches are within walking distance - you will also find a basketball and football sports facility nearby.

Around ten days a year, the team camps with the volunteers on the remote islands to monitor the monk seals. If you tend to turn up during that time, you’ll get to camp amidst wilderness and soak in the beach vibes to the fullest!

Can vegetarians be accommodated?

Yes, that is not a problem. Please let us know of any dietary requirements in advance.

Are there more expenses once I arrive in Greece?

Yes, you need to cover for your personal expenses, meals, drinks, public transport and transfers. Your stay in Athens and transfer to the island is not included in the program fee. You will need to budget for that as well.

Looks like you're from United Kingdom/Europe. Visit our UK/Europe Website for a better viewing experience and to view prices in GBP.

While we connect you to the Payment Gateway! This could take anywhere between 5-20 seconds!