Rajasthan Getaways | Where To Go In The Desert State

The former ‘Land of Kings,’ the region of rich Rajputana culture and the biggest state of India, Yes, it is the exotic Rajasthan! Spread across an area of 342,239 sqm. kilometers, which is almost 10.4% of the entire country, this state has witnessed the era of numerous kings and rulers.

Though a ‘Desert State,’ it is truly an alluring romantic destination in India that houses the rustic Thar Desert, mesmerizing lakes of Udaipur, intense forests of Ranthambore, unique Rajputana culture, multicolored turbans, and sand dunes. Each region in Rajasthan is a showcase of a unique story and a matchless layer of the architecture. Besides being one of the most culturally varied destinations in India, the state hosts numerous magnificent getaways that you can visit to enjoy the marvel of this state.

The capital of Rajasthan, Jaipur is the biggest city in this princely region. The beautiful pink and saffron colored buildings delivered this city its name as the ‘Pink City.’ The well-planned layout, artistic and unique architecture of the region was done according to the Vedic Vastu Shastra, and this also makes it one of the most preferred tourist destinations.

According to a recent travel survey, Jaipur was ranked as the 6th of the most amazing places to visit in Asia. Even an average tourist can enjoy a marvel time in the city. Temples, forts, gardens, monuments, museums and extensive marketplaces of the city offer great treats to tourists who visit from all across the world. With unique specializations, the place has lots to offer when it comes to art and craft.

Amer Fort, Jaigarh Fort, City Palace Museum, Archaeological Museum, Nahargarh Fort and Chittorgarh Fort are some of the finest places in the city. If you wish to enjoy the monsoons then you can visit the city during July-August, or otherwise October – February is the best months to visit the region.

The second biggest and the second most populated city of Rajasthan, Jodhpur was founded by Rathore Rajput Ruler, Jodha king of Marwar, in 1459. Also famous as the ‘Sun City,’ the city was primarily discovered as the new capital of Marwar. While the city enjoys sunny climate throughout the year, it is an important landmark of western Rajasthan as it lies at a distance of just 250 kilometers from the Indo-Pak border.

Also, it is a centrally located region that is a home to extraordinary tourist attractions. There are numerous palaces, hill forts and the old walled city that form the major attractions of this city. Umaid Bhawan Palace, Mehrangarh Fort, and Jaswant Thada are other fine destinations in the city. If you wish to escape from the splendid heat of the city, then you can visit the Mehrangarh fort early morning.

Located in the Ajmer District of the desert area, Pushkar is famous as the ‘Holy City’ of the region. It is one of the prominent pilgrimage sites in the country and is situated on the banks of the Pushkar Lake that is known to form by the tears of Lord Shiva.

Pushkar holds great significance in Hindu mythology and is a popular destination for various temples and Ghats that are visited by hundreds of travelers throughout the year. The water of the lake is considered sacred, and this is one of the major reasons to Pushkar being considered as an important pilgrimage spot for the country.

The Pushkar fair is celebrated around Karthik Purnima and is the busiest period of the town. Brahma’s Temple, Ajmer Sharif Dargah, and Parikrama are other spots of attraction in the city.

The unique culture can be witnessed across the Shekhawati, that comprises districts like Sikar, Jhunjhunu, and Churu in the North Eastern area of the Rajasthan.

Mandawa is one such place in the state where you can experience the rich Shekhawati culture at the comfort of modern amenities. It is a spectacular destination that is immensely beautiful and famous for its magnificent architectural grandeur. There are numerous castles, Havelis and tourist spots in the region, all belonging to the ancient Shekhawati period.

Fatehpur, Parasrampura, Mahansar, Mandawa, Ajitgarh, Ramgarh, Dundlod, Churu, Baggar, and Bissau are some of the finest destination in the Shekhawati region.

The ‘City of Lakes’ or the ‘Venice of the East,’ no matter which way you called it, Udaipur is a prime getaway in Rajasthan. The city was once the capital of Sisodiya Rajputs of Mewar, and hence, is a home to the classic grandeur of Rajputana architecture. Discovered in 1553, by the Sisodia Rajput Ruler Maharana Udai Singh II, it is an exotic destination in the state that houses lavish hotels, splendid tourist spots, all of these attracting large numbers of tourist from across the world.

The serenity of Udaipur lies in its picturesque location at the Aravalli Mountains foothills. From palaces, castles, to lakes, forts, museums and temples, this region has it all that makes it a perfect honeymoon destination in India. The well-planned infrastructure and warm hospitality of the people make it a pleasing spot to spend holidays.

Founded in 1763, Sawai Madhopur is a beautiful region discovered and structured by Maharaja Sawai Madho Singh belonging to the Kachwaha Rajputs. With two major attractions in its bag, this town is one of the most visited areas in the State. The Ranthambore National park and the Ranthambore Fort are the major destinations of the town that are must to visit and deliver an experience extremely close to nature.

The Ranthambore forests are dense regions that were primarily the hunting grounds of the Kachwaha Rajputs. After India had gained Independence, the area was established as the Sawai Madhopur Game Sanctuary, and it was soon established as a national tiger reserve in 1980.

Ranthambore fort, which is also a part of the UNESCO’s world heritage site, is a must visit place in the state. The fort hosts extraordinary construction belonging to the Kachwaha Rajput Clan. There are varying ruling clans in the fort that eventually tell showcase the ancient history of the region.

The marvelous view of this city during daytime has made it named as the Golden City of Rajasthan. Yes! It is the wonderful Jaisalmer that lies at the core of the Thar Desert. The sand and the sandstone used for the architectural construction of the city make it one of its kinds. It is an exclusive place for those who are looking for a home away from their populated homes.

The architecture of Jaisalmer is unique as the region was primarily built as a walled city that is also one of the biggest forts in the world. There are numerous amazing eateries within the city where you can enjoy tempting delicacies of various cuisines. Patwon ki Haveli, Camel Safaris, Jaisalmer Fort, Bada Bagh, and Ludarva are the top sights in the city that you can catch up.

Rathore Rajput Ruler, Rao Jodha founded the exclusive city of Bikaner in 1488. The city was a primary center of war during the ancient ear, but no matter how many wars the city has witnessed in the past, today it stands as a beautiful tourist spot in Rajasthan.

It is a place known for mouthwatering food and alluring forts. Even the craftworks of the region are unique. If you wish to experience the real authentic delicacies of Rajasthani culture, then this is one place that you must visit. There are numerous fairs organized in the city throughout the year that also adds as one of the reasons of its high visitor traffic. These fairs are truly rejoicing and a treat to watch.

The Laxmi Nath Temple and Karni Mata Temple are the major attractions of the city. In addition to this, you can enjoy a great time at other tourist sites in the region.

Chittorgarh is the famous city founded by the Maurya Dynasty, but the city got its initial fame when it was announced as the capital of Mewar. It is the birthplace of numerous great warriors and hosts historical figurines of popular personalities like Meera Bai, Great Maharana Pratap, and much more. It is an ancient place of rich history and therefore houses numerous temples, forts, and palaces that showcase the most magnificent architectural designs and mastery.

Chittorgarh Fort is surely the most preferred tourist place of the city, as it is the biggest fort in the country. The fort was discovered in the 7th century and spreads across an area of 2.8 sq.kms to a high elevation point of 1,075 meters above the sea level. A visit to this region would take you to witness the Rajput style architecture. With exquisite gardens, intricate architecture and beautiful temples, the fort is a spot that one cannot afford to miss.

The hill station in Rajasthan and a perfect getaway from the heat and business of the city life, Mount Abu stands proud of the Aravalli mountain range and is an important area of the Sirohi District of the state. It is a perfect holiday spot for those who want to stay away from the scorching heat of Gujarat and Rajasthan.

There are various ancient sites and magnificent temples in the hill station that are truly a treat to the eyes. Nakki Lake, Trevor’s Crocodile Park, Mount Abu’s Wildlife Sanctuary, Sunset Point

And Achalgarh Fort is the important destinations of the region. A visit to this hill station of the desert state would calm your senses with its cool temperature and soothing breeze.

The state of Rajasthan is a place of great cultural and historical significance in the Indian society. So plan a visit to the state during your volunteering trip to India, if you wish to experience the spiritual glory and taste the flavors of cultural diversities of the country.

About the author: Neeraj Gupta, a travel enthusiast who loves to explore new destinations and helps travelers grab a comprehensive know how of the dos and don’ts even before their visit. He is very passionate about the blogging and writes for http://www.chokhidhani.com/blog/. He would love to help people in knowing about the heritage destinations and culture of India. 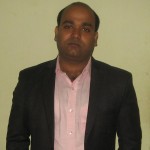 Neeraj Gupta, a 28 year, travel enthusiast and loves to explore new destinations and help travelers grab a comprehensive know how of the dos and don’ts even before their visit. I am very passionate about the blogging and would love to help people in knowing about the heritage destinations and culture of India.
http://www.chokhidhani.com/blog/