The World Heritage Sites are landmark areas recognized by the United Nations, under the United Nations Educational, Scientific and Cultural Organization (UNESCO), due to their cultural, geographical, historical, scientific or some other form of significance. These sites are protected by international treaties and considered to be important for the humanity.

According to Wikipedia, a World Heritage Site is an already classified landmark, which by way of being unique in some respect as a geographically and historically identifiable piece is of special cultural or physical significance (such as either due to hosting an ancient ruins or some historical structure, building, city, complex, desert, forest, island, lake, monument, or mountain) and symbolizes a remarkable footprint of extreme human endeavour often coupled with some act of indisputable accomplishment of humanity which then serves as a surviving evidence of its intellectual existence on the planet.

Being a part of a project with Volunteering Solutions, you can also visit some of the incredibly beautiful Heritage Sites. So start making your checklist now, and don’t forget to include the ones listed below! 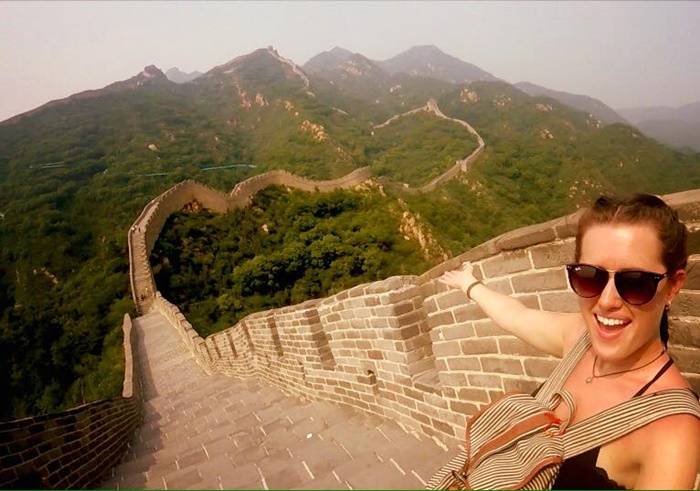 Being a part of any of the projects in either Beijing or Shanghai, you will get the option to explore several heritage sites, each having great importance. China ranks the 2nd in the list of UNESCO World Heritage Sites, having 50 of them, scattered all over the country. None can miss visiting the Great Wall while in Beijing – a unique man-made structure that’s actually visible from the moon! The other sites of importance that one mustn’t miss include the Forbidden City; Zhoukoudian; the Summer Palace; the Temple of Heaven; and the Ming Dynasty Tombs. 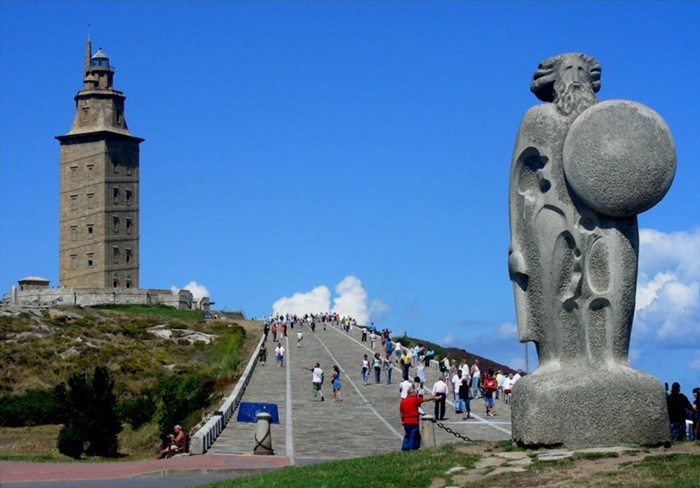 Coming in the third position after Italy and China, Spain is wonderful land having 45 UNESCO World Heritage Sites – some of which dates back to the Upper Paleolithic period, ranging from 35,000 to 11,000 BC. The Cave of Altamira, the Old Town of Segovia, the Burgos Cathedral, Tower of Hercules are just some of the places that are totally worth visiting. While volunteering in Spain, you will get ample opportunity to know about the history of the country and learn more about how the people have polished their taste of architecture over the years. Each of the monuments and museums that you’ll visit will open new pages from the past in front of you. 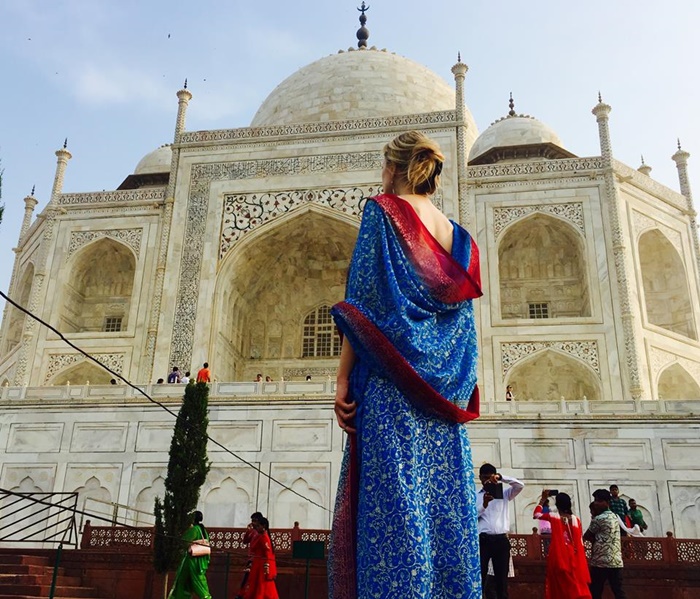 Coming 6th in the ranking order, India has 35 UNESCO World Heritage Sites, including one of the gorgeous monuments that’s often termed as ‘The Monument of Love’ – Taj Mahal. Being an extremely diverse country, the list of Heritage Sites include tombs (like that of the Humayun’s Tomb) to temples (the Khajuraho temples of Madhya Pradesh) and from mangrove forests of the delta region (Sundarbans in West Bengal) to the Himalayan National Parks (Kanchenjunga National Park in Sikkim). Whether it’s a natural site or an archeological relic – you will fall in love with each and everything of the country, not to forget the warm and loving people. Volunteering in India would be a unique experience, to say the least. 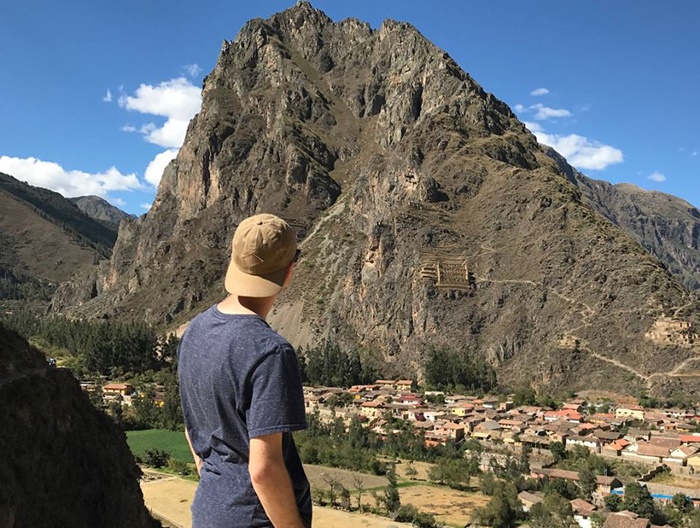 Although it ranks 23rd in the list, Peru comprises of 12 UNESCO World Heritage Sites including the ruins of the Inca civilization in Machu Picchu. The city of Cuzco, where all the VolSol projects are places, is itself a heritage city that was once ruled by the Incas and later conquered by the Spanish where they built Baroque churches and buildings over the Inca ruins. The Rio Abiseo National Park in Peru is another important site, which is home to many endemic species such as the yellow-tailed wooly monkeys – they can’t be found anywhere else in the world. Even Lima, the capital of Peru, has immense historical importance and it’s also considered as a heritage city. 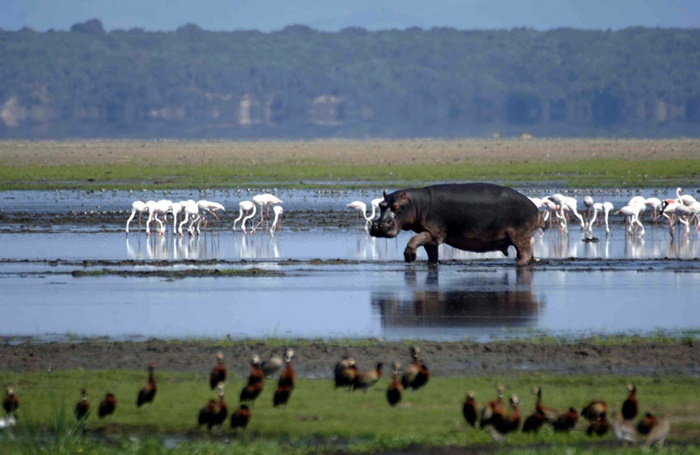 One of the most popular volunteering destinations, South Africa is popular for its beaches and wildlife reserves and has 8 World Heritage Sites. The Vredefort Dome, which is the largest, oldest and most deeply eroded astrobleme found on Earth, dating back more than 2 billion years, is one of the most popular sites that attracts thousands of visitors. Apart from this, the iSimangaliso Wetland Park and the Cape Floral Region are quite popular among the nature lovers due to the wide range of flora and fauna that can be found in these areas. Take a volunteering trip to South Africa, and visit these beautiful sites as well as get a chance of catching a few sights of the Africa’s Big 5. 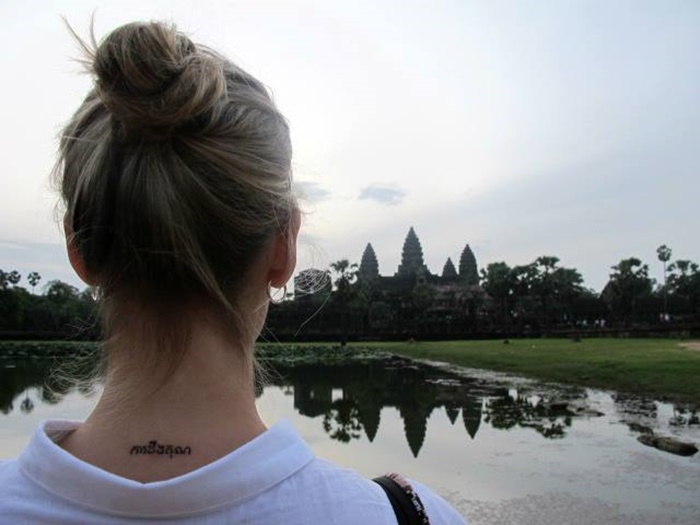 When we talk about heritage sites, there are a few names that instantly come to our mind – and the Angkor Wat is surely one of them. Located in the Siem Reap Province, Angkor is one of the most significant archaeological sites in Southeast Asia that was constructed during the rule of the Khmer Dynasty. The Preah Vihear Temple, the Royal Ballet of Cambodia and Sbèk Thom (Khmer Shadow Theater) are the other things that come under the list of UNESCO. If you are volunteering in Cambodia, then you can’t afford to miss any of these 4 – they’ll surely add more to your trip.

With its vast stretches of golden beaches, numerous tropical islands, rich wildlife, archaeological sites, temples and monasteries, Thailand has been one of the most popular tourist destinations in the world, with more than 32 million people traveling to this country in the year 2016. Our volunteers have also loved spending time with little monks in Bangkok and the elephants in Surin and Chiang Mai. Thailand has 5 UNESCO World Heritage Sites, including the historic city of Ayutthaya, the Thungyai-Huai Kha Khaeng Wildlife Sanctuaries, the Dong Phayayen-Khao Yai Forest Complex etc. The historic relics and the natural beauty of Thailand will never fail to mesmerize a visitor. 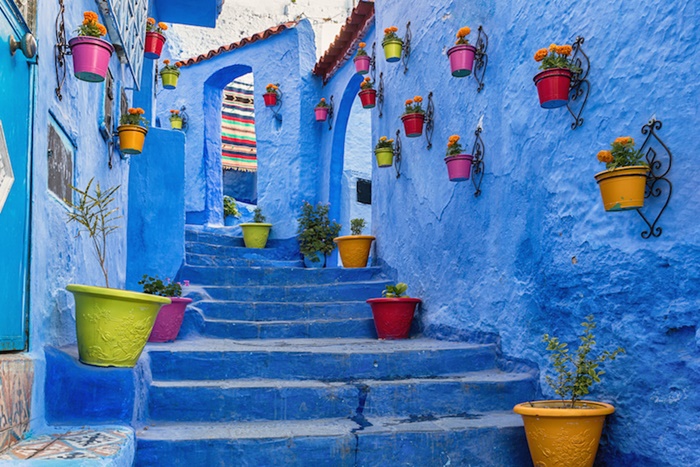 An African country with immense European and Arab influence, Morocco is a land of a perfect amalgamation of the past and the present. Medina of Fez was the first Moroccan site to be enlisted as the UNESCO Heritage Site – the town which has traces going back to the 9th century. Later, the Archaeological Site of Volubilis, the city of Meknes, Marrakesh, and others were added to the list. The blend of Islamic and Gothic architecture in Morocco is truly breathtaking. All volunteering projects are in and around the city of Rabat, which is the latest inclusion in the list. Rabat’s history goes back to the 17th Century and it still holds on to the old world charm, in spite of the rapid development.

Ecuador is a South American nation encompassing the lush green Amazon jungle, Andean highlands, and the wildlife-rich Galápagos Islands, which itself is a UNESCO Heritage Site because of its diverse flora and fauna. Our volunteering projects are located in and around the city of Quito, which is a heritage city having an immense influence of the Spanish. The Historic Center of Quito should be there on your list while visiting Ecuador, as it is the most original and best preserved historic center of its kind in Latin America.

Volunteering in any of the above mentioned countries would be an enriching experience, and you just can’t afford to miss visiting the UNESCO Heritage Sites that are there in these countries.

If you have been to any of these, do let us know about your experience.

Also, if you are looking forward to volunteer with us, then drop us a mail at [email protected]