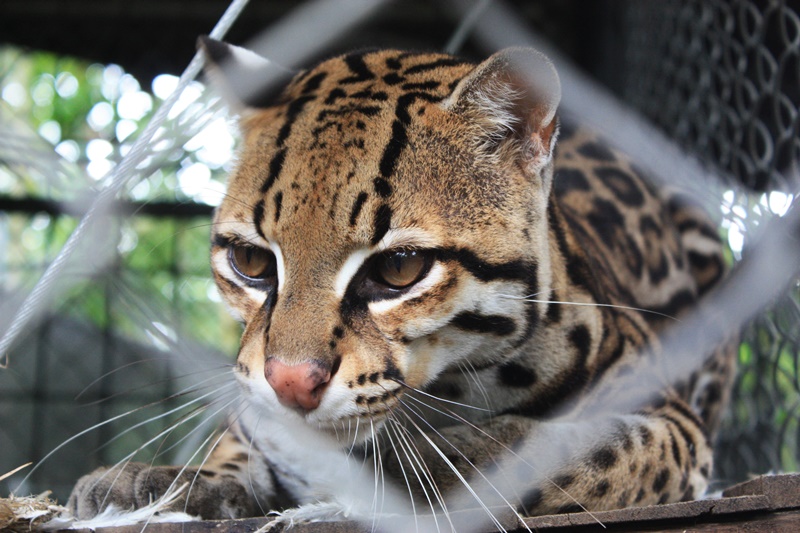 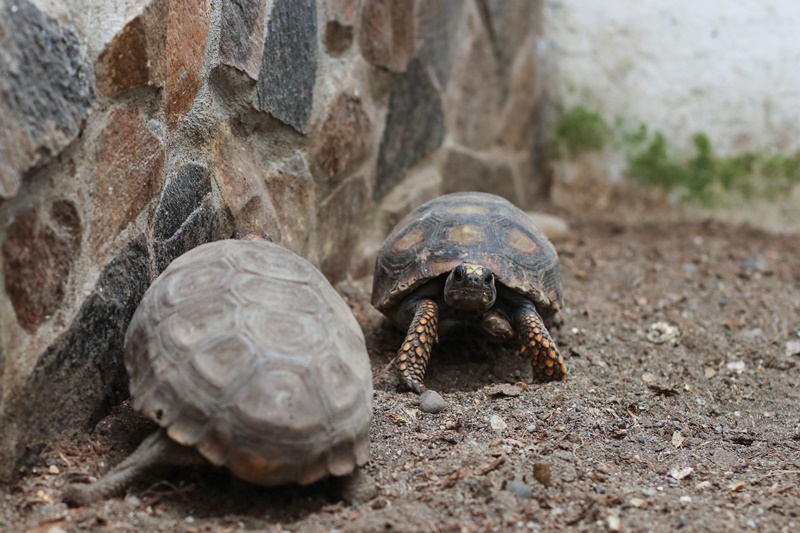 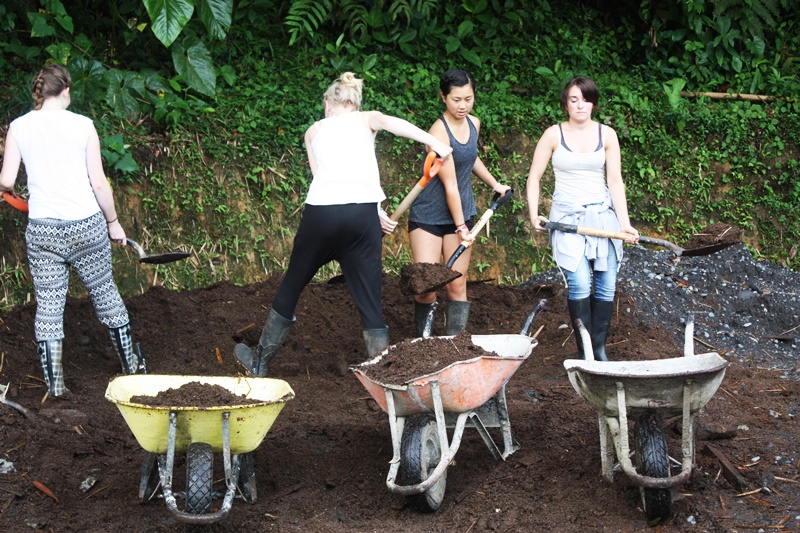 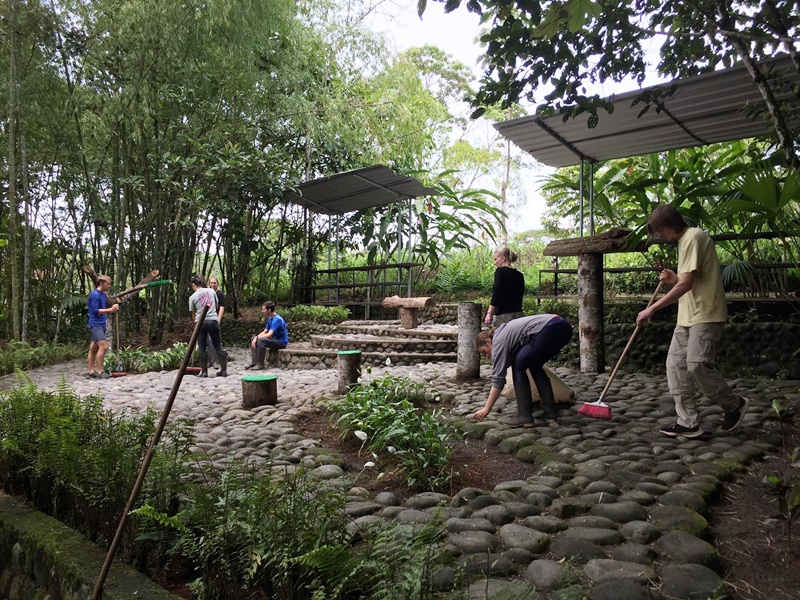 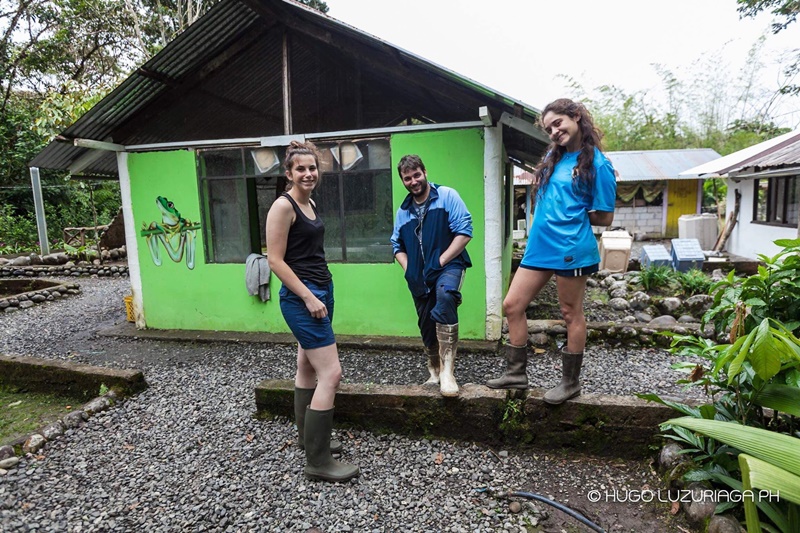 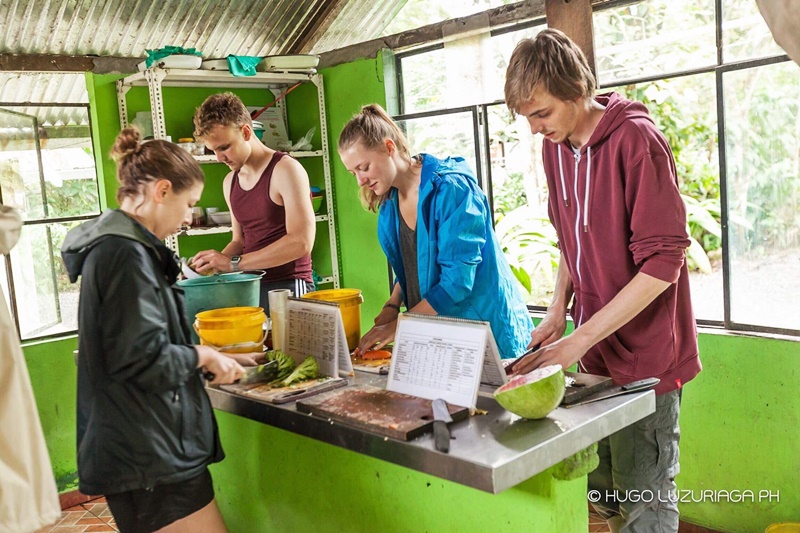 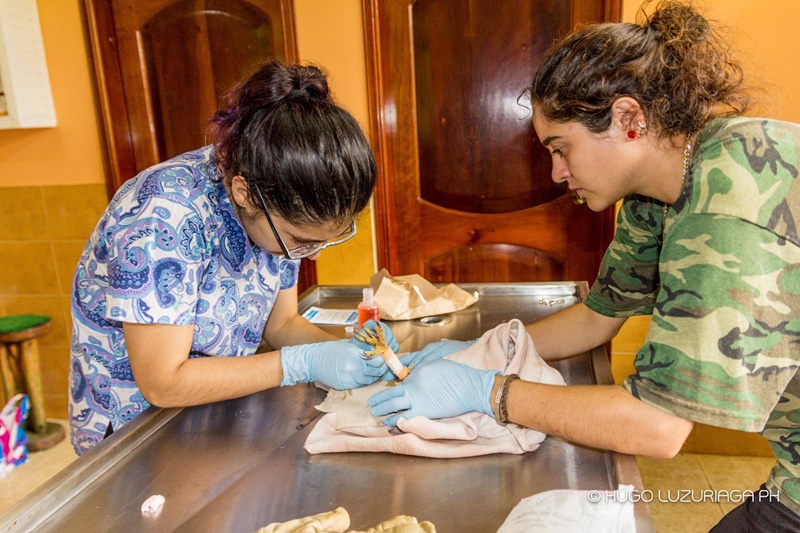 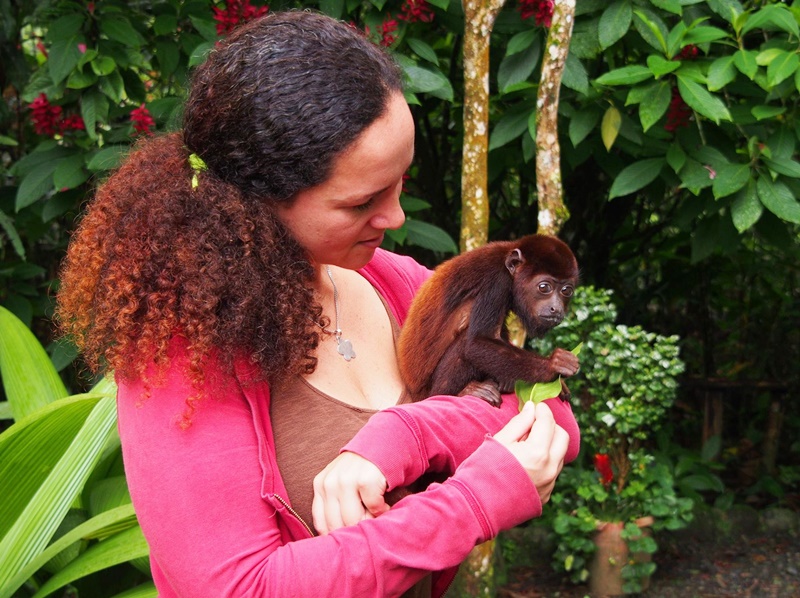 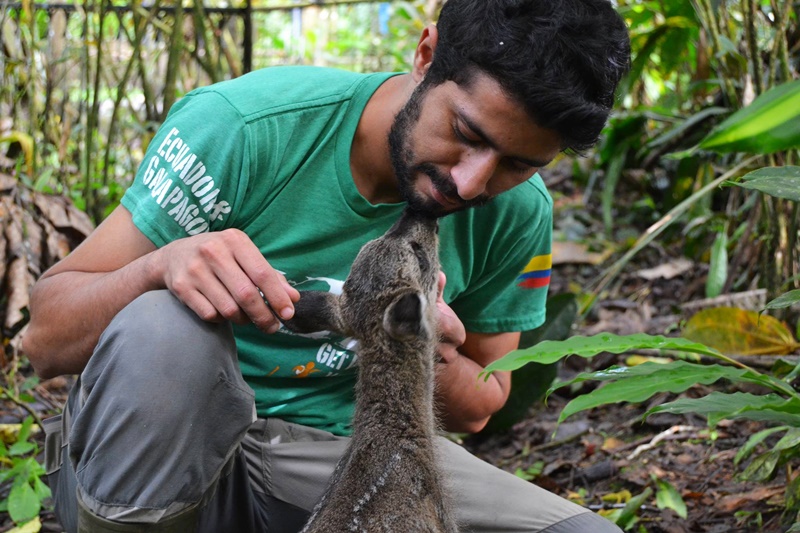 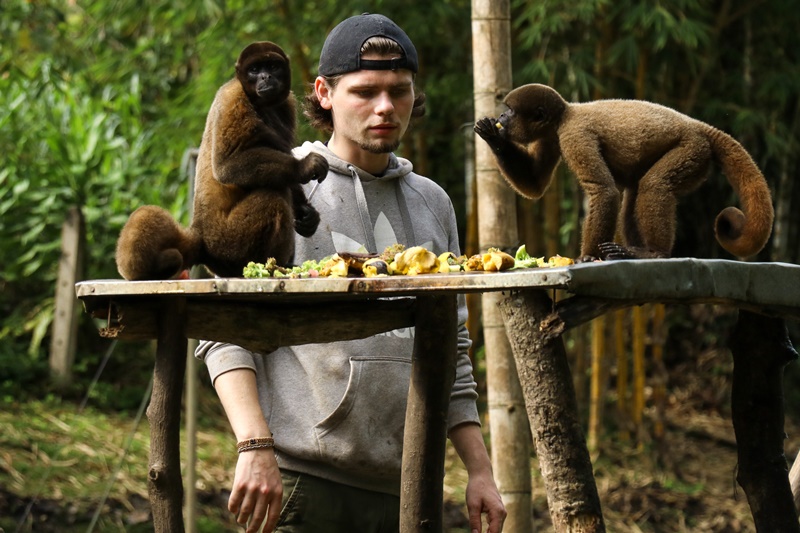 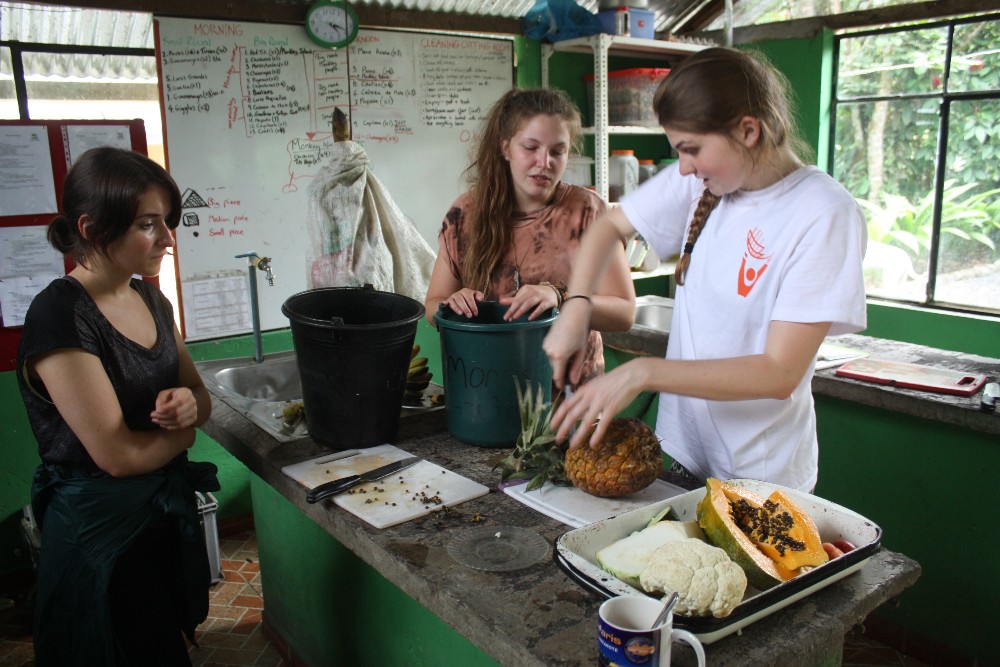 This project is located in the Ecuadorian rainforest and works for rescuing, rehabilitating and when possible releasing animals back to their natural environment.

The centre works in partnership with the Ecuadorian Environmental Police (UPMA) and the Ministry of Environment in the fight against the trafficking, abuse, capture and hunting of wild animals. This center is very organized and volunteers can help with caring for the animals and maintenance.

This project was founded in 2006 with the aim of protecting the wildlife of the Amazon region through the rescue and rehabilitation of local flora and fauna. The animals at the center have all been abused, neglected or abandoned. Some of the animals were orphaned when their parents were killed by hunters, others were rescued from animal dealers who were trying to traffic the animals out of the country and many have been retrieved from families who had kept these animals in captivity. Unfortunately the majority have suffered some sort of physical or psychological abuse.

There are currently at least 40 different species of animals at the center which include: Ocelot, tayra, capybara, parrots, monkeys, tortoises, and caimans amongst others.

The center is also open for tourists to visit, charging a small entrance fee that is the center’s only other source of income. As animal welfare is not a high priority for many Ecuadorians, the background and mistreatment of each animal is explained to tourists, with the idea to educate local and foreign visitors about animal protection issues. In general, the visits are not guided, but tourists can read about each animal on the information sign at the cages.

Volunteers must be 18 years or older at the time of joining the project. You need to have an open mind and a flexible attitude for working in a new and different environment. The volunteer should bring energy and enthusiasm to make a difference. Participants must be fit and healthy at the time of joining the program and should be prepared to work outdoors and get their hands dirty. Participants in the program should have a keen interest and love for animal conservation work. Participants should have no criminal convictions and should provide a clean criminal background check report.

Volunteers will work from 08.00 am to 12.00 pm and 2.30 pm to 5.00 pm, Monday to Friday. On Saturdays and Sundays, volunteers work for a few hours in the morning as the animals still need feeding and looking after but once all the tasks are completed you are free for the weekend. 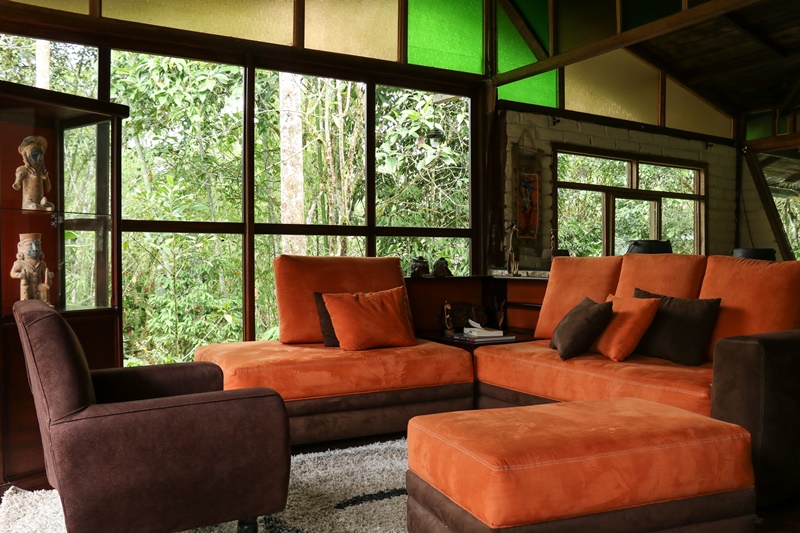 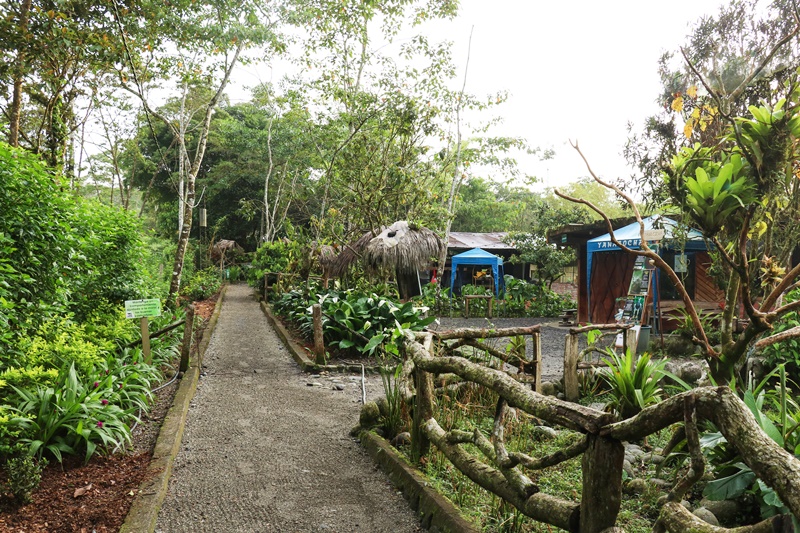 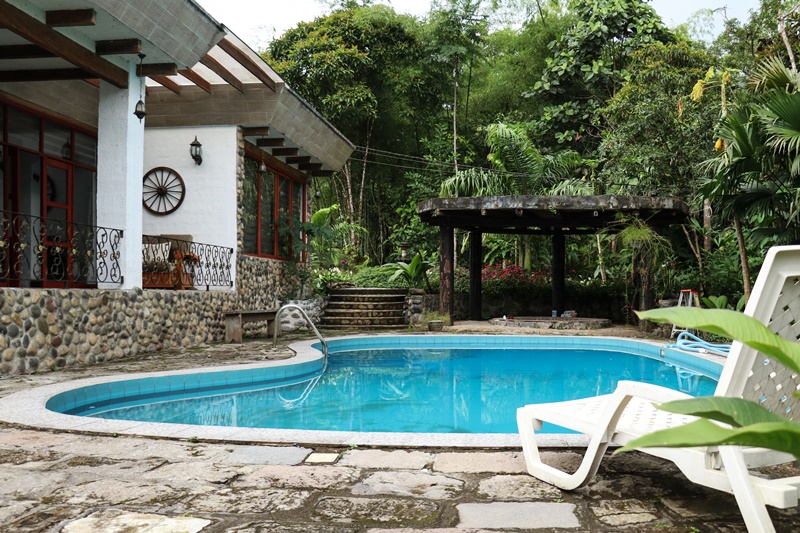 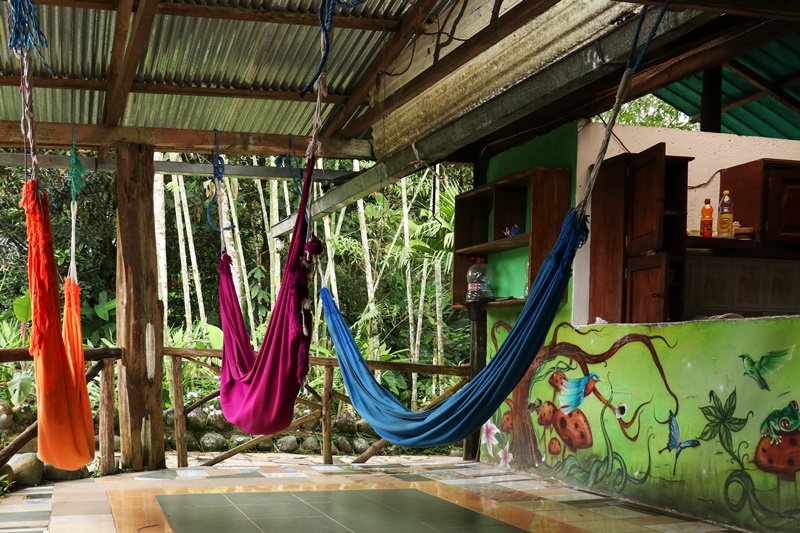 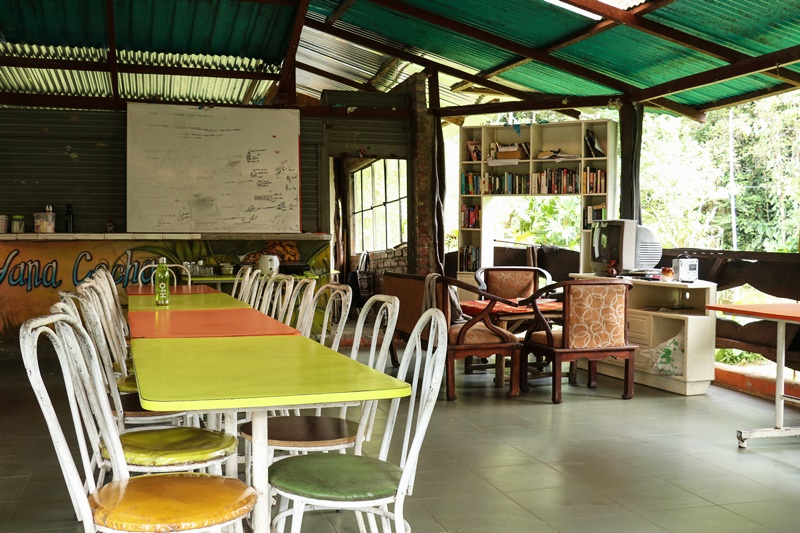 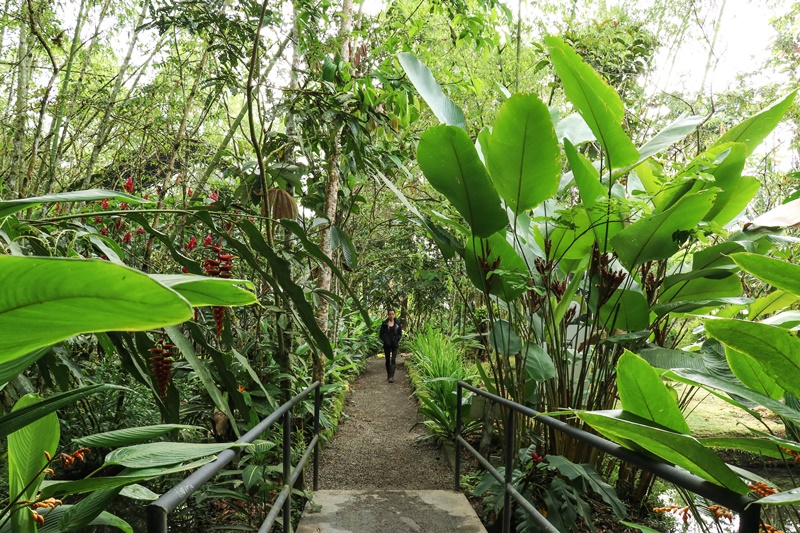 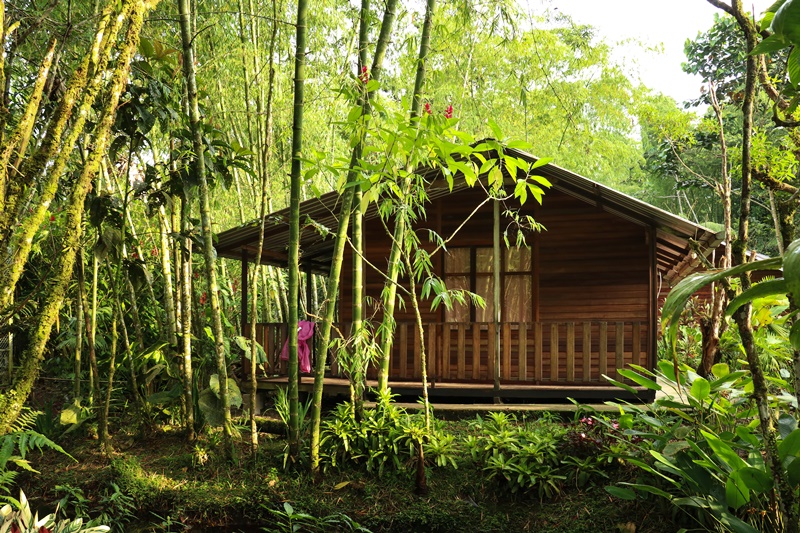 Volunteering Solutions is an established name for volunteering placements abroad. We ensure that all our accommodation and living standards match the requirements and comfort levels of our volunteers.

Volunteers would be picked up from the Mariscal Sucre International Airport by the VolSol staff or the in-country coordinator. Volunteers who are already present in Quito can arrive directly at the volunteer house.

Upon arrival in Quito, volunteers are provided accommodation for a night at the volunteer house. After transfer to the project in Puyo, volunteers are accommodated onsite in shared cabanas.There are volunteer cabañas with dorm rooms offering space for up to 14 people in total. There is a shared kitchen, bathroom and social area with TV and DVD player, hammocks and books. You will be provided with bedding and will even have access to a swimming pool and wi-fi.

Volunteers are provided with three meals per day from Monday morning to Saturday lunch. Outside these times volunteers can enjoy a meal out in nearby Puyo or prepare food in the communal kitchen. Volunteers are expected to help and contribute in the cooking and cleaning activities as well.  Volunteers are able to make trips to the local town to purchase any additional food items/snacks as well.

During your Free Time

While at the project during free time volunteers get to mainly socialize with other volunteers. Wi-Fi is available to volunteers during their free time as well. During the weekends, to travel to Quito or other places volunteers can take a taxi to the bus station (“El terminal”) and take a bus from there.

What are you Paying for?

When should I apply for the volunteer programs in Quito, Ecuador?

We always recommend all our volunteers to apply in advance. This way they get time to prepare better for the trip. Applying in advance has perks like:
-Confirmed booking/placement.
-Application Fee is valid for a year and you can choose to do two three programs in the same year without paying an additional application fee.
-You can make the payment for program fee in parts.
Also, we abide by the first come first serve policy.

Are there any necessary requirements to participate in the Quito Volunteering Projects?

Below are the necessary requirements to participate in the Quito volunteering projects:
Intermediate or Beginner Level of Spanish is required.
Volunteers must be 18 years or older at the time of joining the project.
Participants must have a Clean Police Record (Criminal Background Check).
Volunteers need to have an open mind and flexible attitude for working in a new and different environment.
The volunteers should bring energy and enthusiasm to make a difference.

Yes, you must volunteer in a group. In fact volunteering in a group has its own perks. You can get discounts on application fee and you can pool in for add-on tours and travel.

When do I need to arrive in Quito, Ecuador for my program? What will happen once I arrive in Ecuador?

Arrival dates for all projects in Ecuador are on Saturdays. Once you land in Quito, you would be picked up by one of the Volunteering Solutions’ staff and you would be given a general induction. The volunteer coordinator will brief you about the history of the program, what the project currently is involved in, additional projects that might be going on at that time that volunteers can participate in, additional safety information, information on what to do during your free time, information on how to get there and around at the project. This is all presented in a booklet format and lasts +/- 30 minutes per volunteer.

What are the Visa requirement and process to go to Quito, Ecuador?

No matter wherever you travel to, make sure that your passport is valid for at least another 6 months upon arrival to that place. That is applicable for Ecuador too. On your arrival in Ecuador, you will get a T-3 Visa stamp. This Visa stamp is valid for 90 days. If you plan to stay longer than this, you should apply for 12-IX Visa at the Ecuadorian Embassy of your home country, before leaving. This Visa would be valid for 180 days then.

What are the recommended airlines to fly to Quito, Ecuador?

From the US to Quito, the recommended services are:
American
Avianca
Aeromexico

From Europe to Quito, the recommended services are:
Iberia
Taca
KLM

How safe is Quito, Ecuador?

Safety is a concern for all the international travelers; however, Quito is a tourist friendly country and major incidents involving volunteers is unheard of. Both the accommodation of Host family and the Volunteer house are safe. Although, when you venture out for a visit try to be with your group. Consult your coordinator before you decide to wander alone, especially in the night.
Here are some guidelines from the project:
When using public transport keep your bag and valuables with you and not on the shelves or under the seat.
Do not bring things which are not required or are extremely expensive: jewelry, credit cards, more money than you're spending money for that day, etc.
When it gets dark, take a taxi, they are cheap here in Ecuador and will guarantee you a safe ride home.
Do not drink in the company of the strangers, until you are with your volunteer group or company.

What immunizations/vaccinations will I need?

You must visit your doctor 2 months prior to your overseas travel. As a precaution, carry your yellow fever certificate and vaccinations booklet to be produced at the border crossings, if need be.

Yes, for all participants it is mandatory to have a travel medical insurance.Volunteers have the option to purchase Travel and Medical Insurance at a nominal extra cost from Volunteering Solutions.  To provide the best option to our participants, we offer comprehensive insurance coverage in collaboration with a leading insurance provider.

A member of the local coordinating team will take you to your placement and introduce you to your project after giving you a basic orientation about the program/city/culture etc. You will be told about the directions to the project from your accommodation and the mode of transport you can use.

For accommodation, volunteers can choose to stay either with a local host family or in the volunteer’s hostel. Both the accommodation options are fully furnished and provide a comfortable stay to volunteers.
In Volunteer house, there is the provision of the fully functional kitchen but no meals. Volunteers can prepare meals for themselves. Meals are provided by the host family, thrice a day.

Can vegetarians be accommodated?

Yes, however, you must inform us in advance and also mention about any dietary requirement in your application form.

Volunteers typically work for around 5-6 hours in a day. Depending on the workload every day, working hours can vary. Evenings are free for the volunteers and volunteers usually get together and go out for social gatherings, eat out or just relax at the volunteer house. Quito offers a number of activities and attractions for the discerning travelers. Quito is surrounded by Cotopaxi volcano and Pichincha, Antizana, Cayambe volcanoes that make the Andean contour. Full of churches and majestic architecture and exquisite fine dining experiences, walking tour in this beautiful city is not enough. Galapagos is at a distance of half an hour from the mainland Quito by air and you can go crazy looking and experience the untouched wilderness there. Island hopping, swimming, and snorkeling are just a few of the perks!

Are there more expenses once I arrive in Quito, Ecuador?

You will need to cover yourself for your personal expenses, such as local transport, telephone, the internet, shopping, weekend trips etc. However, you should carry around $50 per week for your basic personal expenses. This amount can vary and you would need a higher amount if you go on weekend sightseeing tours.

For how many hours do I have to volunteer in a day?

Volunteers usually work for 5 to 6 hours a day depending on their program. You will have the weekend off so you can go to travel on weekends. However, volunteers need to be flexible, open-minded and understand that work requirements can change as well on certain occasions.

Where can I change my money in Quito? Are there ATMs in Quito?

You will find a number of currency exchange counters and ATMs in the airport as well as the popular tourist areas of Quito. Your pre-departure booklet will have this information, your coordinator would also guide you with this information.

Connect with Past Volunteers

How can I connect with past Volunteering Solutions Ecuador alumni as well as other former and current volunteers?

To read alumni interviews from past participants, visit the Meet a Volunteer section on our website.

Other Programs in Ecuador

Looks like you're from United Kingdom/Europe. Visit our UK/Europe Website for a better viewing experience and to view prices in GBP.

While we connect you to the Payment Gateway! This could take anywhere between 5-20 seconds!